I read this article that was part of a pre-interview process for a tutoring program I’m interested in getting into. It contained research findings pertaining to learning specifically for children and the youth, but it got me thinking about adulthood and the lack of learning there is. When we attend school we are constantly working our brain which is actively adding to our intelligence. The main point in the article was that IQ is not a static position, it can grow. It showed that learning mindsets affect the progress and success of learning. So, for example, when one says “I’m just bad at math,” it is viewed as a static statement implying that one has always been and will always be bad at math. There is no perspective of improvement, thus creating an excuse for continuing to be bad at math. It was proven that students who were taught growth learning got higher scores than students who were taught study skills. The mindset is what makes the difference. With growth learning, students are taught that learning is a process and can improve with effort and dedication. Thinking, “I may be bad at math now, but I can improve” is the mindset that is set forth. Understanding that the brain is a muscle and needs to be worked to get stronger is a key step in growth learning. Also, understanding that there is time and room for improvement helps students view themselves as successful.

There are goals set forth. Goals specifically pertaining to learning. When I think about adulthood I see a lot of hoops that we have to jump through. Whether it be the job search process, acclimating to a new career, or gaining experience, we lose the mindset of growth learning. We forget to actively learn, and it’s because society has made it easy. It has set certain goals that we think we have to meet and gives us a satisfaction that isn’t necessarily productive for our learning. Make this number of calls, send these emails, make this amount in sales, memorize tonight’s menu offerings, etc…But do these actions contribute to the growth of our IQ? I’m not saying that people don’t learn from these experiences because we do, and they are important. But it’s the kind of learning and the mindset that we accustom ourselves with that will make a bigger difference.

The first year after I graduated from college, I felt this void that I contribute to my lack of learning. I focused on finding a career and enjoying life as it was thrown at me. I never thought about expanding my mind more by continuing to educate myself. My mindset was, “ok I graduated, I know a lot now and got through the hoops I needed to get through to get to the next step in my life.” But I found myself missing studying for tests, I found myself missing learning new things and having the mindset to improve my brain. I got lost in improving the social and emotional aspects of my life, which are just as important, but realizing now that my lack of intentional brain growth may have been the foundation of my struggles. We find satisfaction in watching documentaries, watching the news, or reading articles because we think it makes us knowledgeable. And it does, and it keeps us relevant. But, often we get lost in our relevance as we are filling our brains with information rather than setting goals for ourselves to improve the strength of our mind. It’s like when Einstein was asked what his phone number was and instead he grabbed the directory and said, “why should I memorize something that I can find in a book?” It’s the idea that clutter takes up our mind power. It creates deceiving learning growth and contributes to the excuses we make as to why we aren’t at a certain point or level. It’s part of why we end up settling.

Now, this is me dissecting the article and kind of running away with it. The focus was on youth learning growth and the positive impact it has on overall success and IQ. But being an adult, I can feel how this is true throughout life. Once you give up on the idea of actively learning, your brain, as a muscle, will not get stronger. Now, I’m not saying you get dumber, but to get smarter you have to have the perspective and understanding of learning, of working out your brain, and what is entailed to grow. 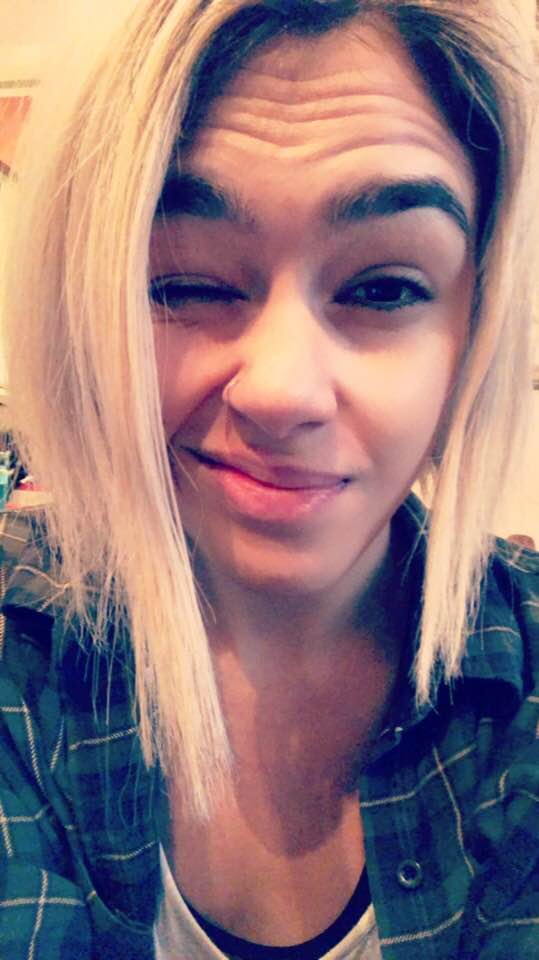 There are a few things that I’d like to be known. And it’s not because the bullshit of it being a new year and I’m feeling all ambitious for the reason of the first of a month. No, it’s because of the weather today. My moods are like the seasons, expectant, ever changing, and surprising. Like days like today. It’s the second week into January, and after a good week of freezing face and ass weather, we are at a balmy 50 degrees. Granted, skies are still grey as hell, but the wind sounds different. It’s not as harsh and hating as it’s been. And you know what I woke up to this morning? A bird chirping. A bloody happy bird.

So, you could say I’m a woman moved by nature…ok so it’s more the weather but it’s pretty much the same thing and nature sounds so much more profound and deep so I’m gonna go with that.

This morning I also set my alarm to an early 8 am wake up call, but every time Jason Mraz’s I’m Yours serenade came on I immediately hit snooze, until it was 11 am. Now, even though I set this alarm to get in the routine of getting my day started out earlier, you know for my well being, that little voice in the back of my head kept shouting “why the hell did you set an alarm this morning, you idiot,” which further encouraged every snooze button hit.

Feeling pretty stiff come 11 am I throw my legs out of my bed, put some pants on, and precede to drag my lazy ass down the stairs. At this point I know full well I’m a let down, that other little voice in my head was telling me so. To make up for it I make myself a healthy breakfast of mushrooms, eggs, and toast, gulped down with a pot of very black coffee.

I do some reading after breakfast because I just read a headline the night before that CEOs read an average of 30 books a year. 30. I’m in the middle of 4 and I’ve been in the middle of one of them for 3 years.

I’ve been doing this thing lately where all I listen to at the gym is the Guardians of the Galaxy Pandora station. It really stirs something in me, and I dig it.

Got a bit off topic here, but I think my morning is a nice lead up to what I want to be known. Because having a good morning with certain intentions, warmer weather, and a singing bird stirred up some thoughts. I think it’s important to set goals for yourself, and I think it’s just as important to hold yourself accountable to them. While I do have several personal goals that do not need to be public knowledge, I have some that I think the public could benefit from too.

In todays society filled with social media, casual relationships, frightening politics, frightening leaders, and guarded-more-than-ever people, I think we all need to add a few things to our daily routine. Rather than setting a New Years resolution like going to the gym, which by the way every goddam body seems to be doing, set some resolutions that can actually contribute to more than your fucking glutes.

Here’s a few that I’m keeping in mind.

Look strangers in the eyes more. We all want to be seen.

Speak more realness. Too often we comply with what others are saying for the sake of saving face. We are so quick to agree with an opinion or topic, and a lot of times we aren’t fully informed on the said topic, but for some reason we just have to seem like we know what’s going on. For once, maybe say, “hmm I’m not really aware of all that you’re talking about,” rather than excitedly saying, “oh my god, I know what you mean,” or “for sure!” (que eye roll)

Be an outlier. To reiterate on the point above, say what you goddamn feel. It’s refreshing, and real—something this world needs a hell lot more of.

Love hard, and fucking fight. This is an obvious, but I’m realizing more and more that people have a tendency to go along with things because it’s easy. And yeah, you can definitely find yourself in a relationship because a lot of times it’s easier to be in one with someone because they’re easy to sit down to a dinner with. I call bullshit on a lot of things, and am picky as hell when it comes to people I let in. Fight for what you want, because easy isn’t going to get you what you really want, or need.

Laugh with people. I was at a movie the other week, and something happened at the end that really felt awesome. Everybody clapped, like really clapped. You could tell the whole theater was full of ear to ear smiles too. This felt like such a cool moment that we all experienced together. No matter what our views, beliefs, or demographics are, we all came together to feel this way.

Have more human experiences. Be present. Relate to others. Be kind. Be the best you can be. Be corny. Be smart. Lead. And most importantly, love.

A life once lived A Project of Lists Daily Prompt dreams fiction Happenings Healthy bits I like food Information It's your life... Little Somethings My favorite people poetry Questionable reading material Quick talk Rambles self Snippets of a story being told Take Action! The Denver Café Chronicles The little moments of life Thoughts Thoughts of an insomniac Truth of the day Uncategorized Unedited thoughts What is it for you? What Matters Yoga life You learn it later

the empty space between your dreams is where your mind creates…